The Legend of Sleepy Hollow — The Musical 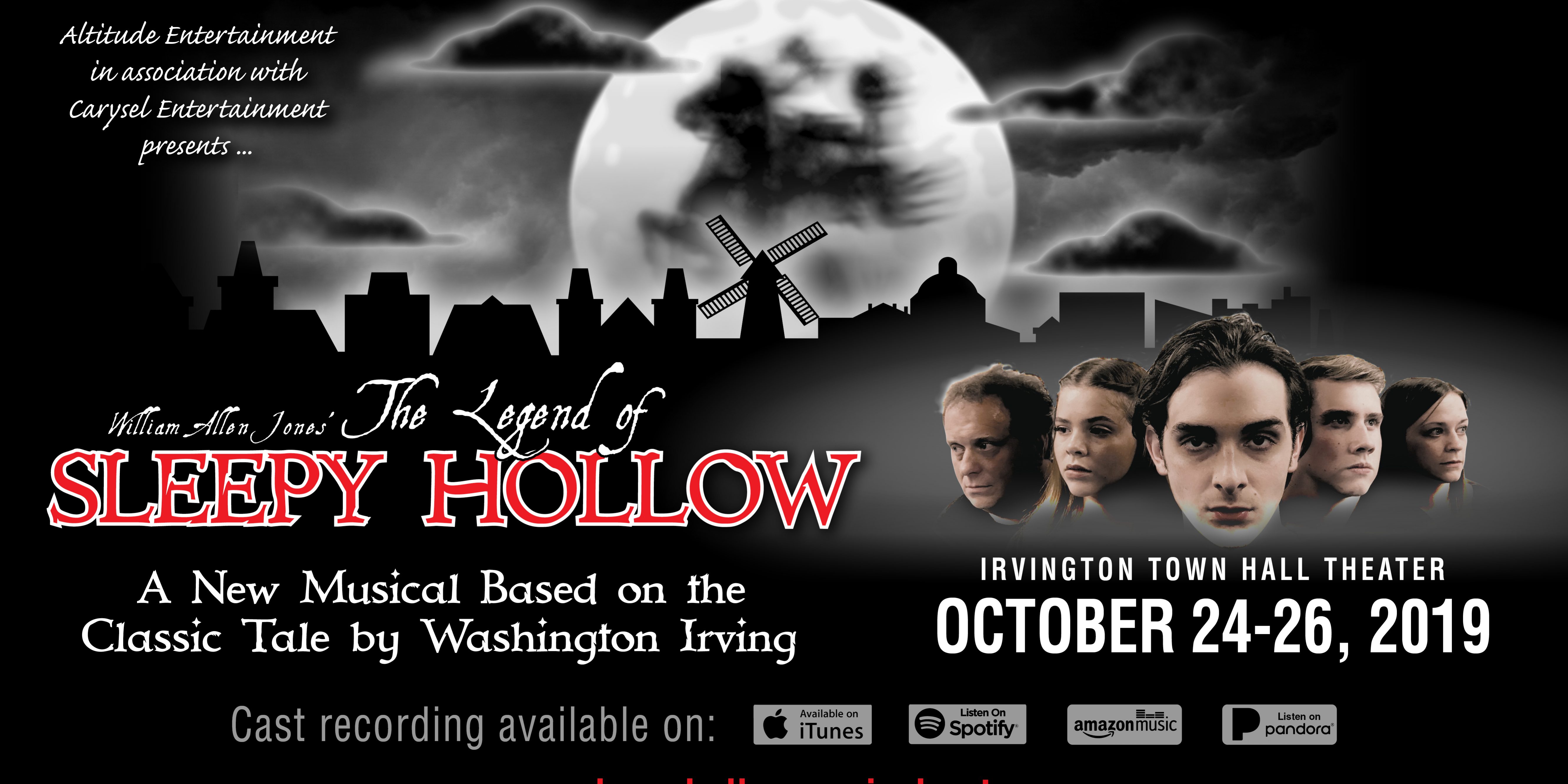 William Allen Jones’ THE LEGEND OF SLEEPY HOLLOW is a new musical based on the classic tale by Washington Irving. The show premiered October 12-14, 2018 to much fanfare at the Historic Mishler Theatre in Central Pennsylvania. The result was sold-out houses, artistic acclaim, and rousing applause. The musical was produced through Altitude Entertainment and P&J Productions and was directed by the show’s composer, William Allen Jones.